The State of the CS:GO Map Pool

Home / The State of the CS:GO Map Pool

The current CS:GO map pool has recently received another tweak to it with de_inferno being removed, so let’s take a closer look at the map pool itself.

It is no surprise that the recent changes have caused outrage within the community. The changes saw Valve remove de_inferno from the map pool and add a renovated de_nuke, that has been out of the competetive picture since last year when it was replaced by the new de_train.

Why remove de_Inferno?
It wasn’t too much of a shocker when inferno was removed, as there were speculations about this map being “next on the chopping board” towards the end of 2015 and early 2016, mainly due to being very CT-sided . There were a lot of issues with the map, such as narrow chokepoints and an open skybox over banana where the CTs could throw smokes and steer the Ts to the A bombsite that would be stacked with four players. Moreover, not only was the B site very hard to take due to the constant wall of smoke, but A was just as hard to breach due to multiple angles that needed to be checked.

Why not remove it?
Inferno has been a map with no bombsite being particluarly favoured by the Terrorists. Over the course of Inferno being part of the map pool we saw the Ts go to either one of the bombsites as both are equally hard to breach. It meant that the map was good competitively as both the options were viable. Inferno is also a map where you have to manage your utility closely, as well as choose what parts of the map you wanted to take control of in any given round. For example, if the CTs were on eco, you as a Terrorist want to avoid the apartaments area and play the long range advantage of your rifles by going on the wrap side of A.

Were there any other alternatives to be replaced?
The first map that comes into mind when talking about potential replacements is de_cobblestone, also known as de_cbble from the prevous CS releases. The map is very straightforward and we rarely see any innovations. It’s very hard to play as a CT that are forced to play one player on A and four on the B side of the map as the timings on this map favour the Ts. It’s also a map where you have to get rolling economically as a Counter-Terrorist in order to stop potential rushes through B long and drop zone.

You can’t fake on this map at all, as the rotation times between the two sites are just too long and the CT can get there much faster. On the flipside of the coin however, once you get onto the A bombsite it’s very easy to hold, as the CTs have to come through two very tiny chokepoints that can easily be smoked off and molotoved. In my opinion it is the most boring map to watch and it’s also not a very exciting one to play, and needs to be re-made with a lot of thought going into the dropdown, B long and T connector areas, as well as giving the CTs more angles to work with when retaking A.

The new de_Nuke, is it any good?
The map has received a huge workover, not only did it change visually, but many more attacking options were opened up to the T-side. The map was out of the competetive pool for quite a while, ever since being replaced by de_train midway through last year, although performance issues were already addressed by Valve who made the map a bit more playable.

First off, let’s start with the good changes, the visiblility of the map is much better and the smokes are much easier to line up as well as some of the pixel-angles being removed in order to make the Ts feel more comfortable. The roof of hut was also elevated, CT vent removed and half of the rafters closed off. Now, onto the bad ones, with the silo jump the most obvious problem. Adding a caltwalk leading up to an easy jump onto the “marshmallow” wasn’t the greatest idea as it detracts from the skill aspect of the game, and even teamwork if none of you were able to make the jump. Equally, I’m not sure how I feel about adding the “wrap-around caltwalk” and the new contamination room. It feels like the outside is now a very easy place to take control of as a terrorist and requires more attention from the CTs, leaving other areas more vulnerable. 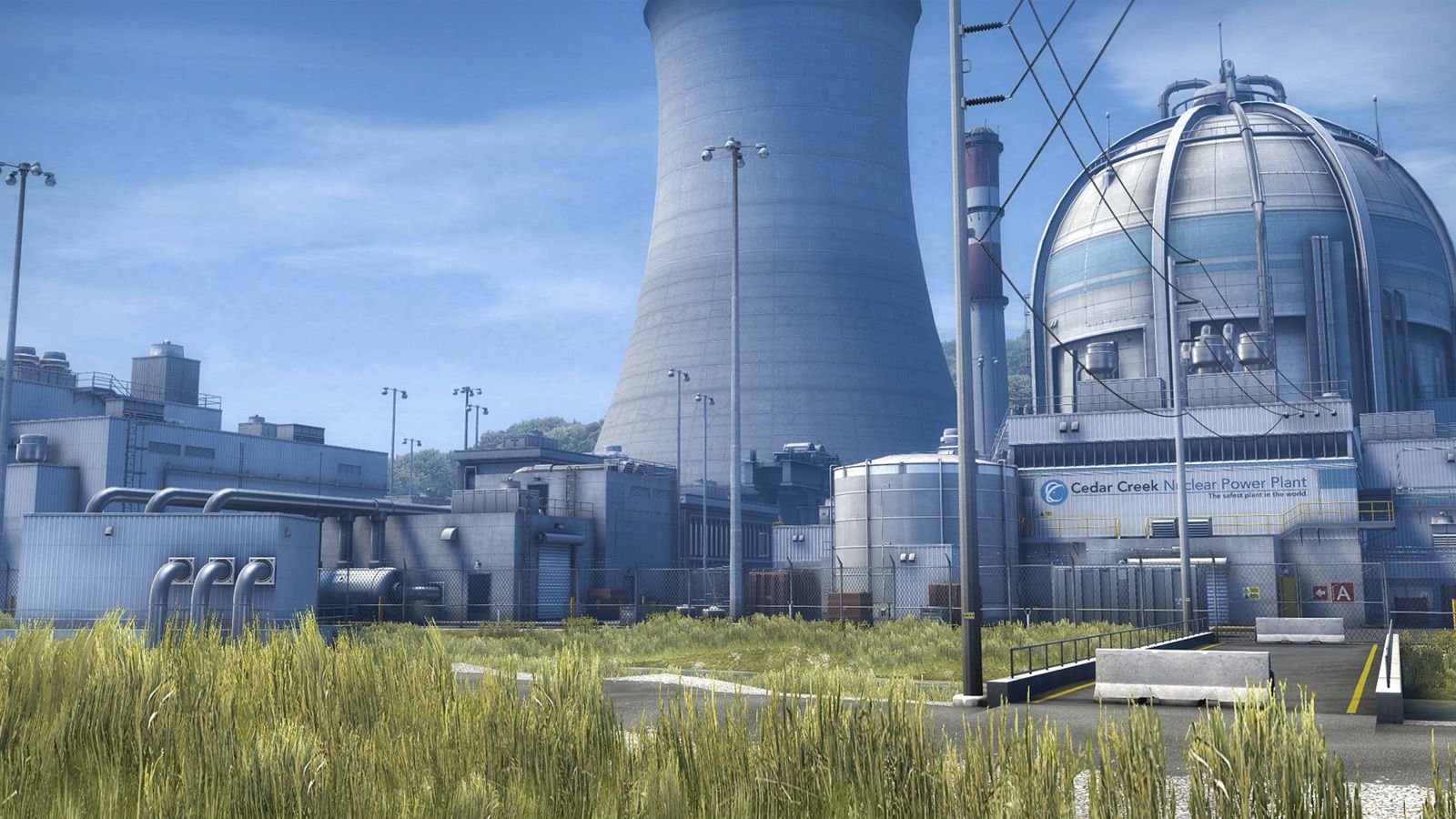 Valve is doing it all wrong.
When I first got into CS I played 1.6, and this is what I will compare the current map pool to. In 1.6 the map pool itself was ‘balanced’, rather than each and every map which seems like what Valve is trying to do. We had two very T-sided maps in de_tuscan and de_dust2, with a couple of maps being very CT-sided (e.g. de_nuke), as well as a few maps that were in the middle (de_inferno). I think that it would be a much better idea to make the entire map pool balanced and not the maps themselves. Let the T-side masterminds like FalleN, pronax or Ex6tenz excel on the CT-sided maps, and the great aimers and big time performers on the T-sided ones. Seeing an 8-7 scoreline all the time is not very entertaining, nor is it fun to play such a map, as it takes away from the tactical side of the game. What about the meta changes?
The current meta of the game is changing and will continue to do so as the game gets older. Nowadays more and more maps are becoming T-sided, with the likes of de_cache and de_train leading the way with the highest percentage of T-rounds won over the last couple of months.

Where does it leave de_train?
Train is another map that was added to the map pool just a few tournaments ago, and there are still a few things that need to be changed about the map. First of all the visibility on the map is just atrocious, the Terrorists often blend in with the blunt colours of the trains and they can go out mid way too quickly, even before the CTs have a chance to throw out the utility to stop a potential rush. The B site is just fine and I don’t think it needs any changes, however I’m still not entirely happy with how A is looking. 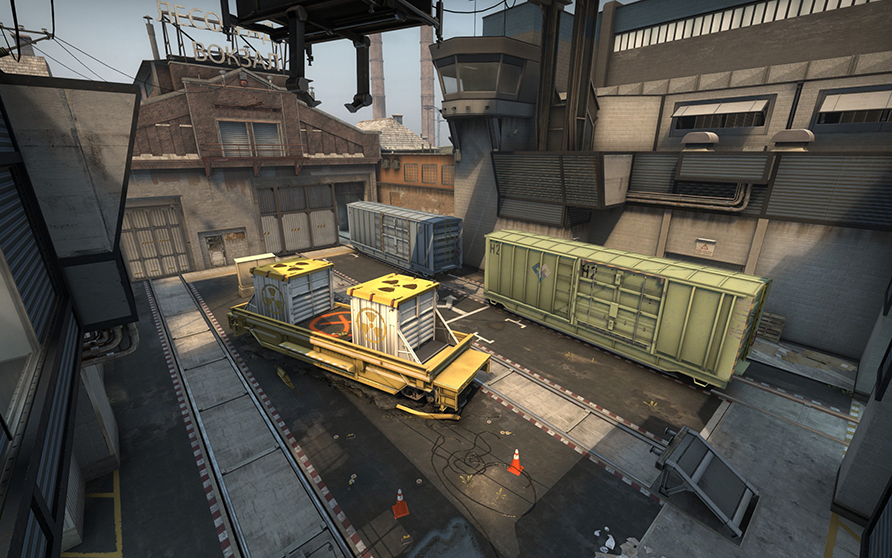 What’s the pros take on it?
The community weren’t the only ones to react to the removal of inferno, and a lot of high profile pro players like Zeus came out and said that they disliked the change and the new nuke. On the other hand, we had the pleasure of interviewing both Vladyslav “bondik” Nechyporchuk, who’s currently playing for HellRaisers, and Luis “peacemaker” Tadeu, Tempo Storm’s coach during the CEVO Gfinity Season 9 LAN finals and both said they were ready to welcome nuke into their lives again. However, other pro players also came out and said that they would like to see de_tuscan added to the rotation (Peacemaker included), while most of them agreed that cbble needs to go.

My solution?
I would love to see the map pool expanded to nine maps, as it would add a lot more importance to the veto process in general. This way we could get rid of the random last map and implement this system: both teams veto two maps, team A picks, team B picks, both teams veto a map each and the remainder are played. I think that it would add a lot more importance into the veto process as you’d have a choice between banning your opponent’s strong map or banning one of your weak ones. I’d also like to see maps like de_tuscan and de_santorini be given a shot, maybe even de_crown or de_season, as all of the maps have been play tested by pro players multiple times and maps like tuscan, santorini and season would add a bit more T-sidedness.