When winning becomes a routine, routine becomes a Championship. For the second year in a row, Korea’s SK Telecom T1 has claimed the Summoner’s Cup, defeating Samsung Galaxy in a tense 3-2 series.

SKT1’s back-to-back Championships are unprecedented. They’ve now won three out of the last four World Championships. At the core of each of those victories lie Faker and Bengi. The two of them are easily the most accomplished duo in League of Legends history. Bang and Wolf also enter an elite pantheon, having now picked up their second World Championship titles on SKT.

Throughout the 2016 World Championship, SKT has demonstrated their ability to control the pace of the game — it is a slow, methodical roll that flattens any would-be challengers. But this was their toughest year yet — both the ROX Tigers, in the Semifinals, and SSG, in the Finals, pushed them to match point. Both series went the distance.

Their flashiest plays might be tied to their elusiveness. The 2016 World Championship MVP is, once again, Faker — he laughed and said the people who picked him for the award must really know League of Legends. He is frequently the target of ganks, but he sidesteps so many abilities with ease. Time and again we’ve watched him dance away from situations that seemed hopeless. It’s as if he’s telling his opponents he doesn’t have time to play their games. This attribute extends to SKT as a whole. They are experts at denying opponents a fight. They’ll kite and kite until the situation is favorable for them. Then they strike.

“Our team plays the macro by the books. We play the game properly,” says Faker. “To beat us, you need to win mid lane first, then work around that.”

Samsung was the final challenger for SKT this year. Game 1 of the Finals of Worlds 2016 saw SKT dominate the pacing of the game for vast swaths until it extended to a 50 minute slugfest. On his signature champion, Viktor, SSG Crown helped his team stall the game.

But it wasn’t enough. Some late picks allowed Samsung to swing the game into a situation where one bad team fight could have cost SKT the game. But SKT never allowed SSG the opportunity.

The next two games saw Samsung try a couple different picks — most notably Kindred in the jungle for Ambition in Game 2. Being down 0-1, it was perhaps the most important match for SSG all tournament. They’d won 10 straight games before that defeat, but after facing a loss, they were forced to adjust for the first time. The Kindred pick, though, didn’t spark the change they needed. SKT crushed the second game, thanks to Faker’s Ryze. Every time SSG made a play, it seemed SKT — and Faker in particular — were ready to deliver a counterblow.

When they dove a turret, he responded. When they showed aggression on one side of the map, he returned the favor on the other. The difference was Faker was capable of turning aggression into kills — over and over without fail. 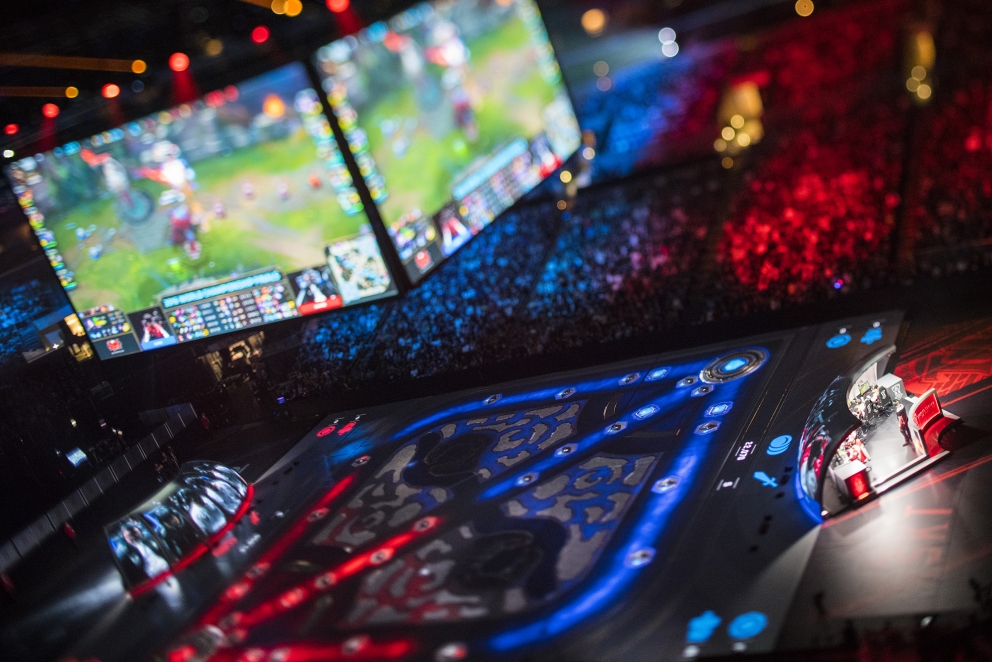 Game 3 started with SKT smashing SSG. They methodically killed each lane and each turret. But just as SSG looked like they were about to take their last breaths, they managed to win a fight and take a Baron to knock SKT off kilter. From there, the game spiraled out of SKT’s control.

And it spiraled until it became the longest game at Worlds this year. The teams traded blows in fight after fight. If SKT took an arm, then SSG took a leg. The back and forth continued for over half an hour as the momentum swung from one team to another. Then, just as it seemed SKT would regain a firm grip by taking Elder Dragon, SSG’s Ambition lept into the pit and stole it. That would eventually convert into a game-winning fight for SSG. They would survive — at least for another game.

Blank picked Zac with hopes of being able to initiate with more ease, but failed to generate enough pressure in the early game to put a dent into SSG — in fact, SSG managed to win the early game for the first time. SKT, though, would manage to remain within range for the duration of the matchup in spite of him — and his team — being caught out on multiple occasions. However, SKT was unable to stop the bleeding. SSG knocked them out again to push the series to Game 5.

SKT subbed Bengi back in for the final game. And just like the series against ROX, Bengi proved to be the difference. Again, the two teams went back and forth in a tight game. For all the talk of a gap existing during this Worlds, here were two teams that very evenly matched — at least for the final three games of the series. But SKT managed to secure Baron after a pick, and the ensuing fight also allowed them to pick up the Elder Dragon. This provided them with the space they needed to close.

From there, they constricted the life out of Samsung Galaxy. Their last gasp was silenced. There would be no miraculous comeback — SKT was mortal only in individual games here or there. But over the course of the series, they were too composed. Faker says he’s simply satisfied with ending the year with the highest possible achievement.

And in terms of where he stands in the world — whether there’s any lingering doubt about him being the best or not — he says, “The answer is out there. And you know it.”

SKT stands atop the League of Legends world for the second year in a row — cool and collected. Dominant. Historic. They are your 2016 World Champions.