Have you ever got stuck into that moment when you wind yourself up for playing one more game for the sake to work it all out?

This time of the 24 hours when you turn a blind eye towards the hands of the clock showing the time of your playing in front of the computer.

This is the exact moment when you are actually levelling up and getting into a higher tier of a gameplay. The time when the masteries and runes make a change and add value to the selected champion.

But me, of course, I am only saying this from the point of a person playing a game only to reflect it afterwards and therefore I cannot totally subdue to its playful lure.

But the game has taken me. Especially this part of me that enjoys crunching numbers, erupting with jargon and trying combinations of capabilities and gear to only add up to the effectiveness of the characters in the game.

This is also the moment that brings to me the realization why the game has succeeded in keeping its popularity and staying about for so long.

However a dreadful subject to many students at high schools and universities, statistics has gained its profit and use. Since it first appearance on the market in 2009, the League of Legends has kept its primary position till nowadays with 27m people playing daily and approximately 7.5m simultaneous players at busy hours.

Even Tim Edwards, editor of the PC Games N website, admits that the producers have paid quite an effort and done incredibly good job in terms of game length via extensions, updates and add-ons.

According to the developers and creators of League of Legends, Riot Games, a game needs to be addictive and attractive to potential new players and those who are already playing it by the simple rule of keeping it up to date to all. Otherwise, they would simply jump on to the next.

They believe this is the key to success. “Putting the players in front of new challenges and scenes is the way to keep their motivation and drive going, they say. Confuse them and leave them baffled before unexpected turns in the game.”

The gist of the game is that it is set between small teams and a small numerous amount of maps. A team is a winner if they have succeeded to destroy a rivals’ base (nexus is the used term), before they manage to demolish theirs. The characters in the game – referred to as champions – explore routes to an opponents’ base ruining down turrets and minions on the way.

In the game there are of course swords, a range of weapons, and possibilities to gather and compile gold are available. The game uses magic and spell powers as well.

From personal point of view I can tell that the game has certainly been much developed into a more complicated and complex one. The afore-mentioned extras include ammunitions to boost ally’s power and to decrease that of your opponent’s’.

But here what the creators and developers say, is that to be able to play and enjoy the game at its utmost effectiveness it is crucial to be able to understand it. Competitiveness is another urge in the game that keeps you on the edge of your seat while playing.

A hint here is that in the game the system selects your among your qualities and powers and matches you with a range of allies. This new functionality would only contribute and make the time on the game spent most interesting to you.

The videos of the game on YouTube and Twitch contribute to the video – gaming culture on the social media and give a reason to the game’s success.

How is the game a differently funded?

There is also insight of how games are powered and combined, which is vital to team’s success. The teams have coaches who train and guide them in the training for the tournament phases.

The article is based over several sources of information on the Internet. 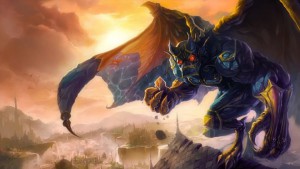