From its iconic layout to its core gameplay, Inferno has been an instant classic and a mainstay in competitive CS:GO through the years. Click the image below to find out what’s new! 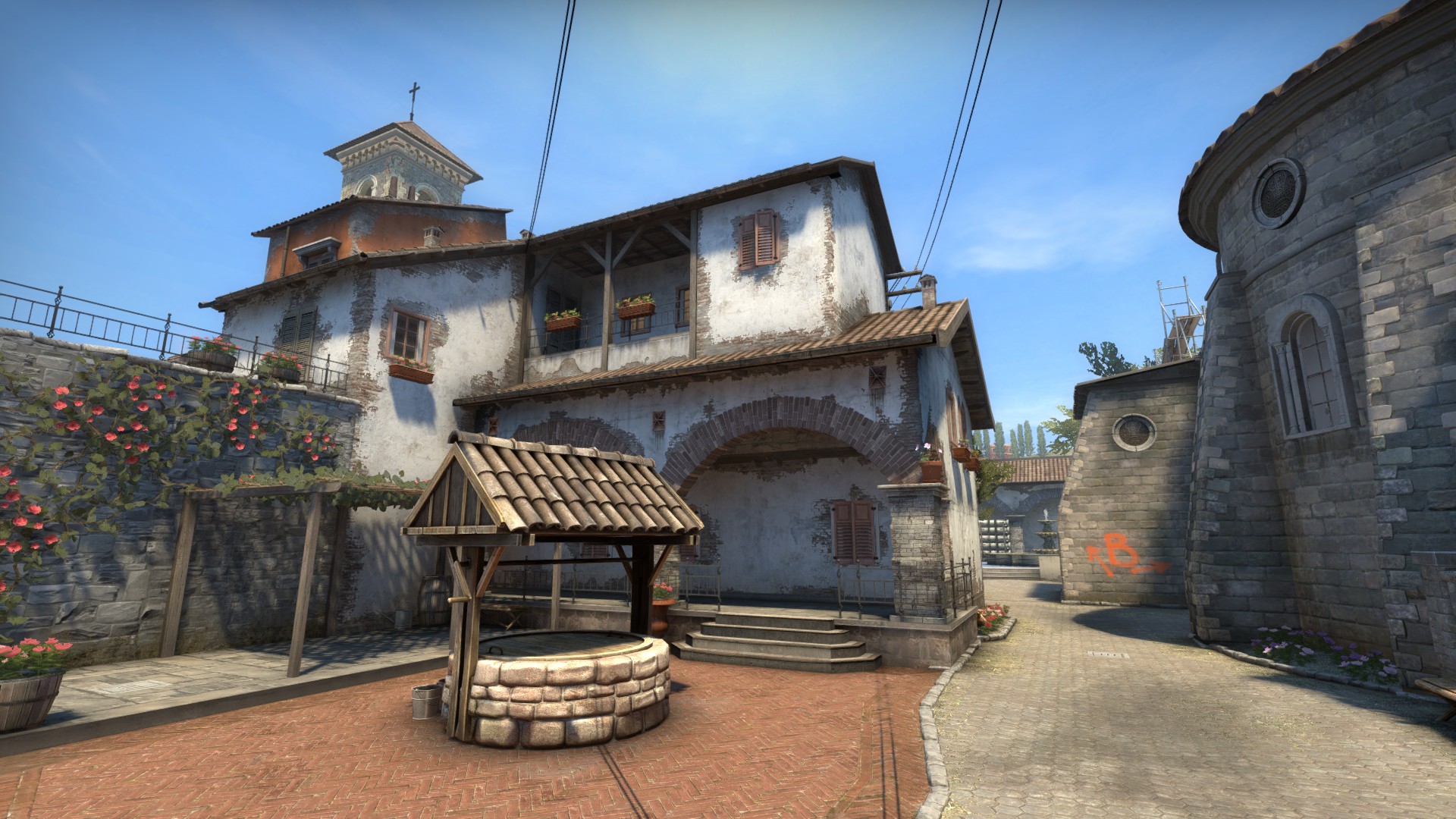 Our goals when re-visiting the map were:

Inferno is now available in the Reserves Map Group, we hope you’ll try it out and give us your feedback. Below is a brief walkthrough of the map, highlighting the main areas that have seen some tweaks. Use the sliders to see how Inferno has changed from its previous incarnation.

Previously, attacking or retaking Bombsite A could feel overwhelming. Defenders could set up in a wide variety of strong positions, and the environment itself made it very easy to blend into the background. 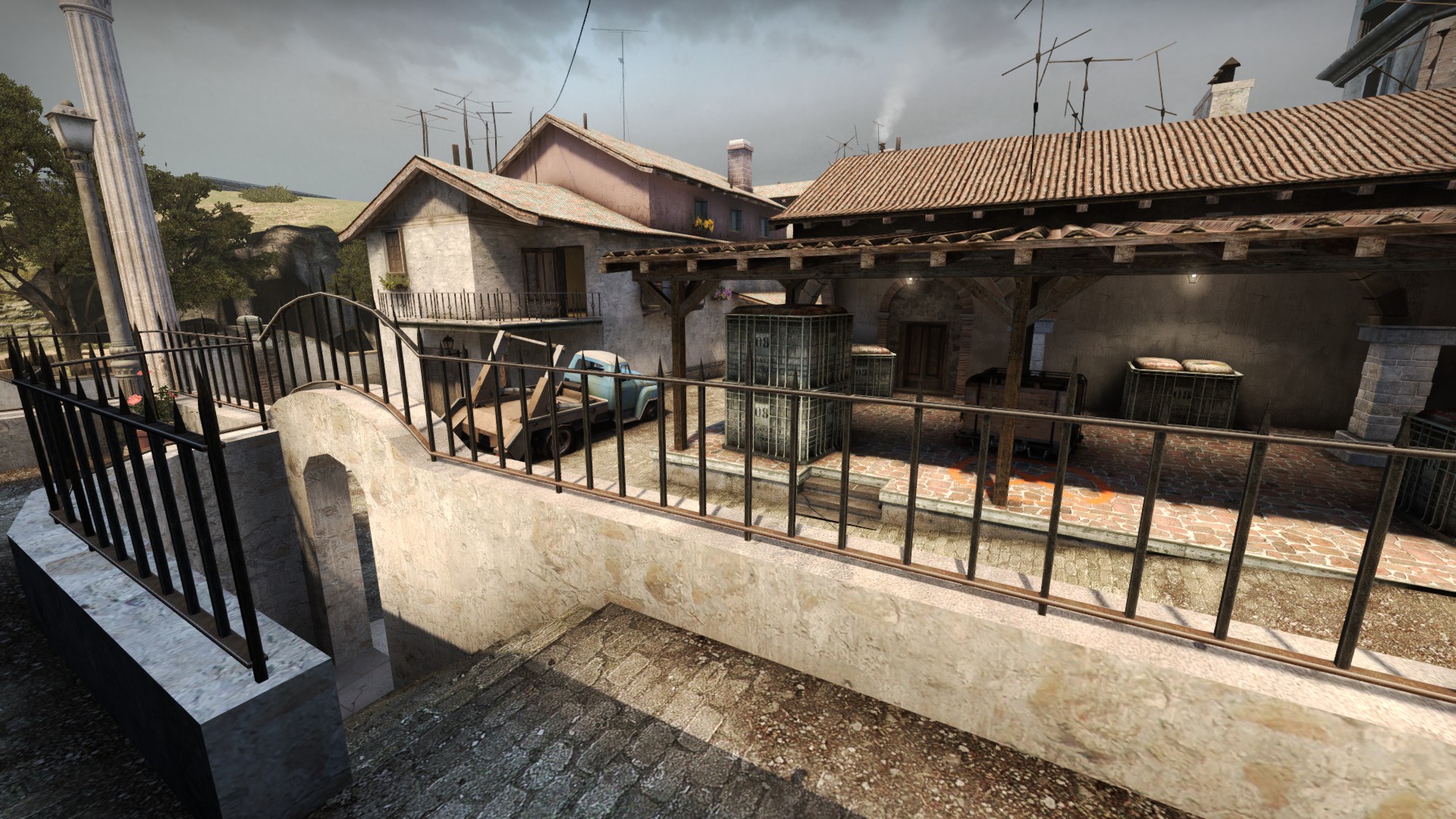 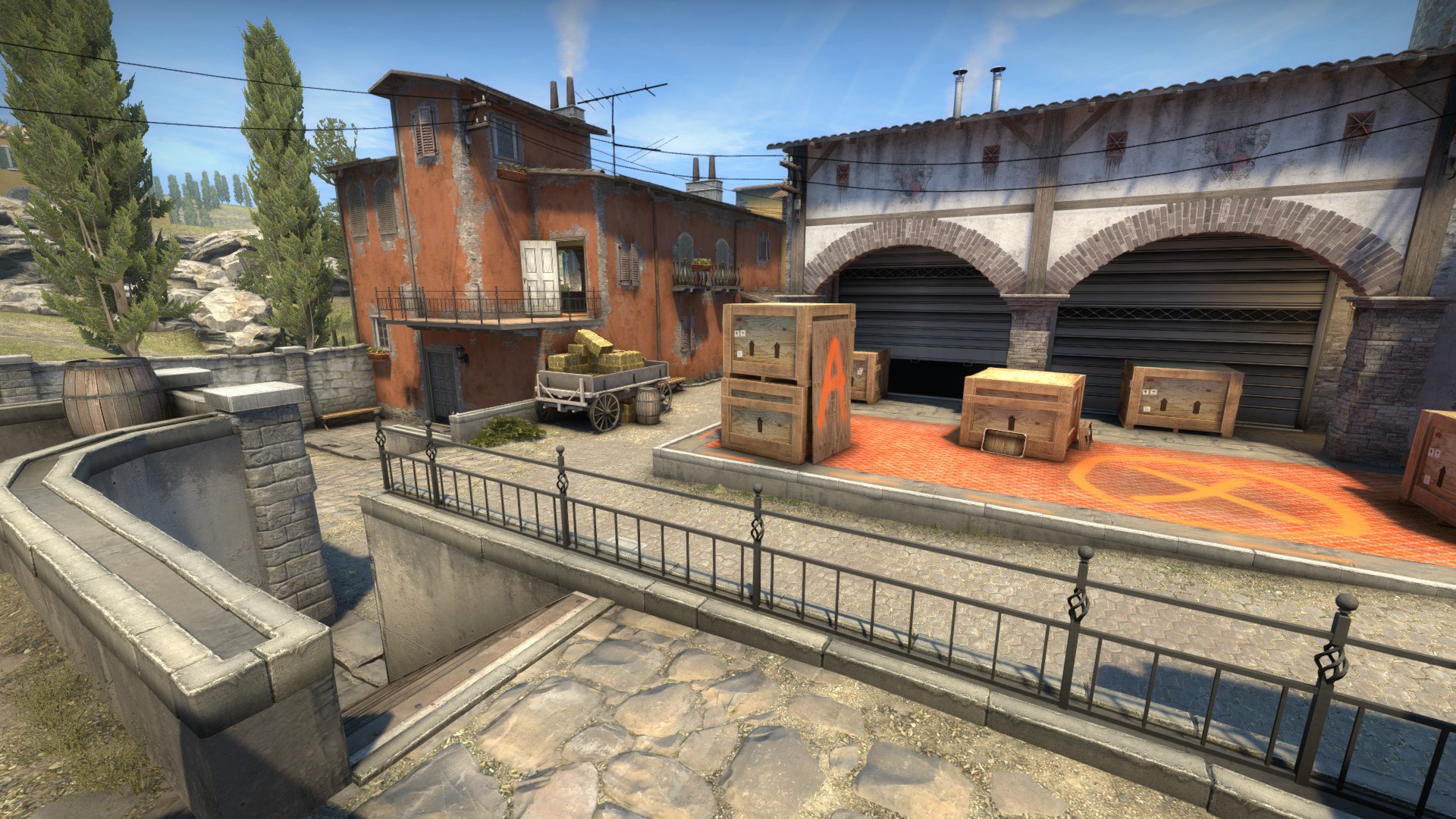 We focused on increasing the readability of positions, and giving the attackers more ways to utilize their equipment such as smoke grenades and flashbangs before entering the site itself.

The overhanging roof on the site was removed, letting more natural light flow in. This also makes sniping between library and balcony more viable for both sides, and allows you to land smoke grenades on the site itself.

The infamous truck that served as the path onto balcony has been replaced with a simpler cart, which has a more solid shape making gameplay more manageable, and makes navigating onto the balcony easier.

The upper platform features improved visibility, with less parallaxing geometry for attackers to sift through to be able to spot a defender. 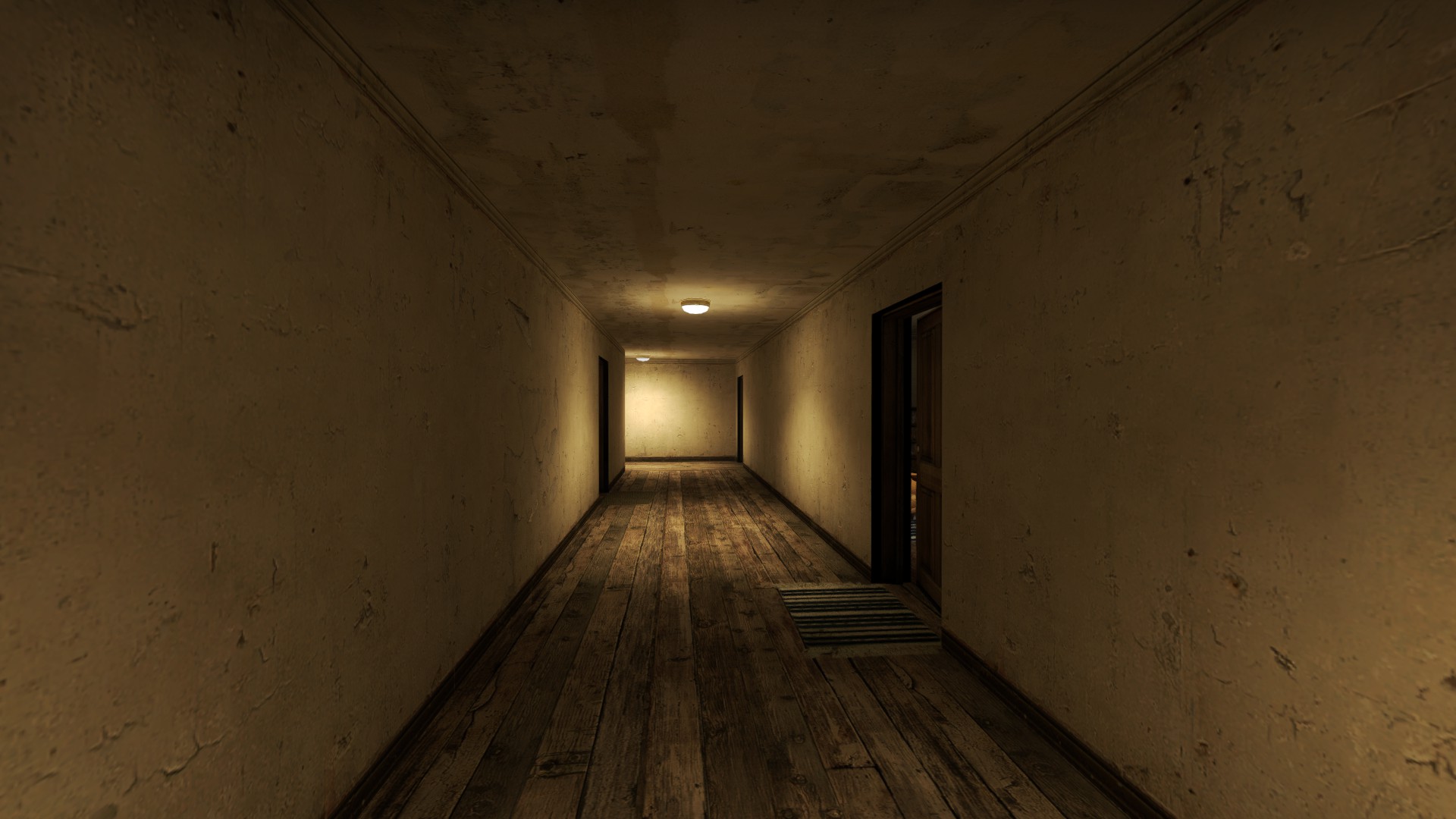 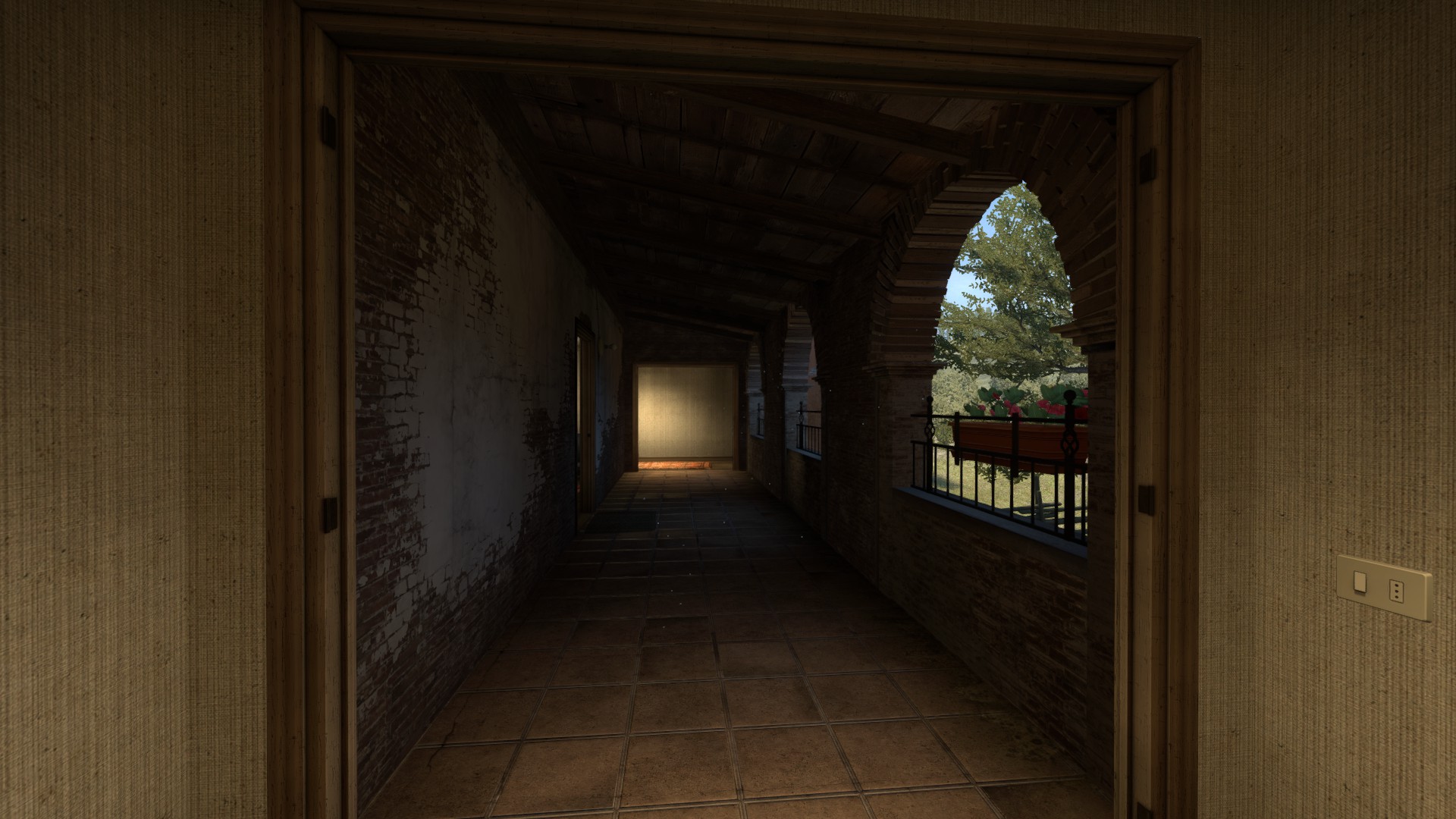 In addition to these changes, the path leading to balcony has now been opened up, to allow attackers to flashbang into site before exposing themselves. This forces a defender playing from pit to stay alert.

Another change inside of apartments is the removal of the ‘dark’ bedroom. This room was a very powerful defensive position for CTs, and Ts would be forced to use some of their grenades in clearing it before even reaching the site.

This has been changed to a cubby (similar to the 1.6 version of Inferno), which is easier to check, but remains a powerful position for a defender.

This site, along with the path leading up to it, garnered the most feedback from the community. 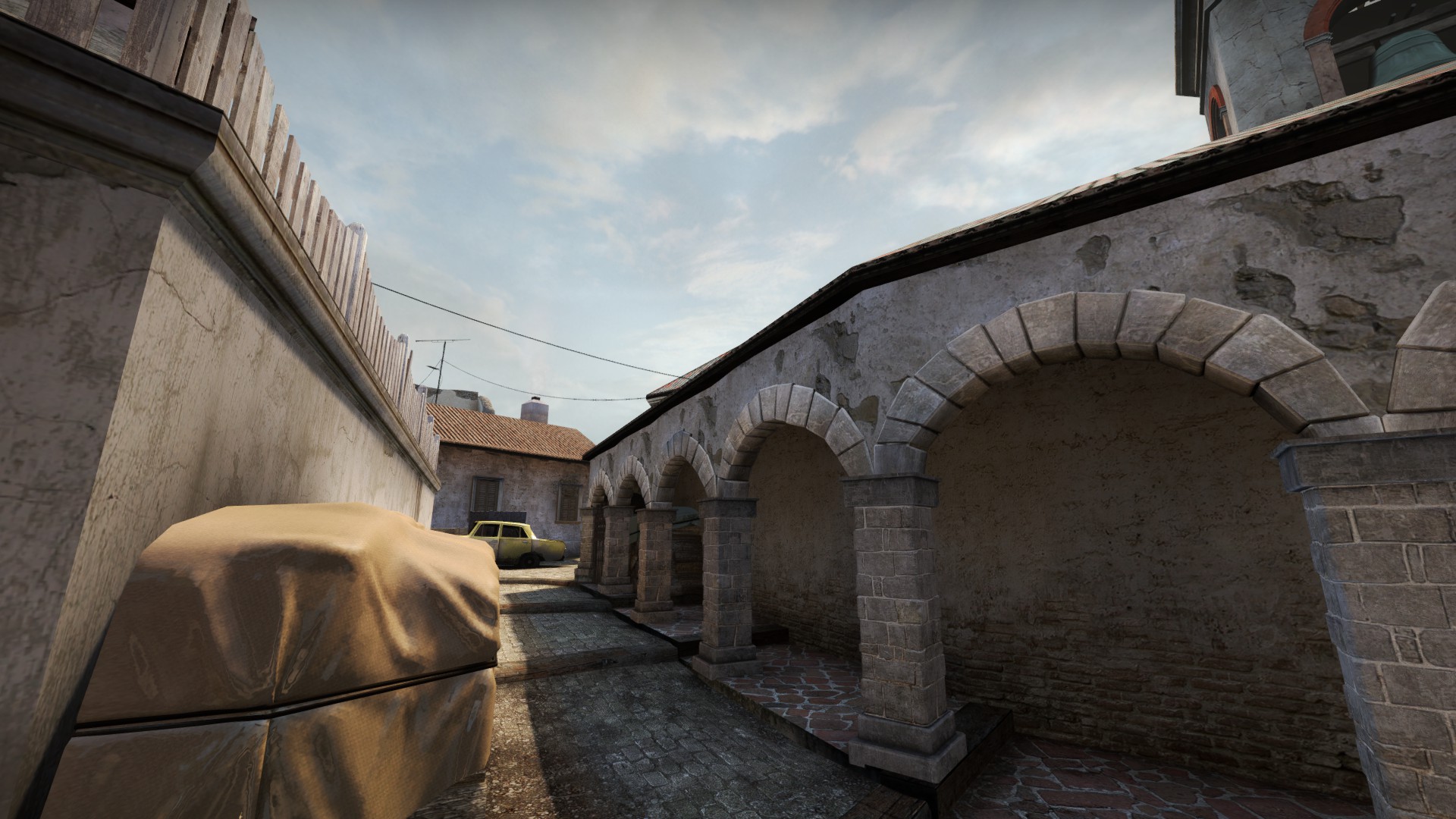 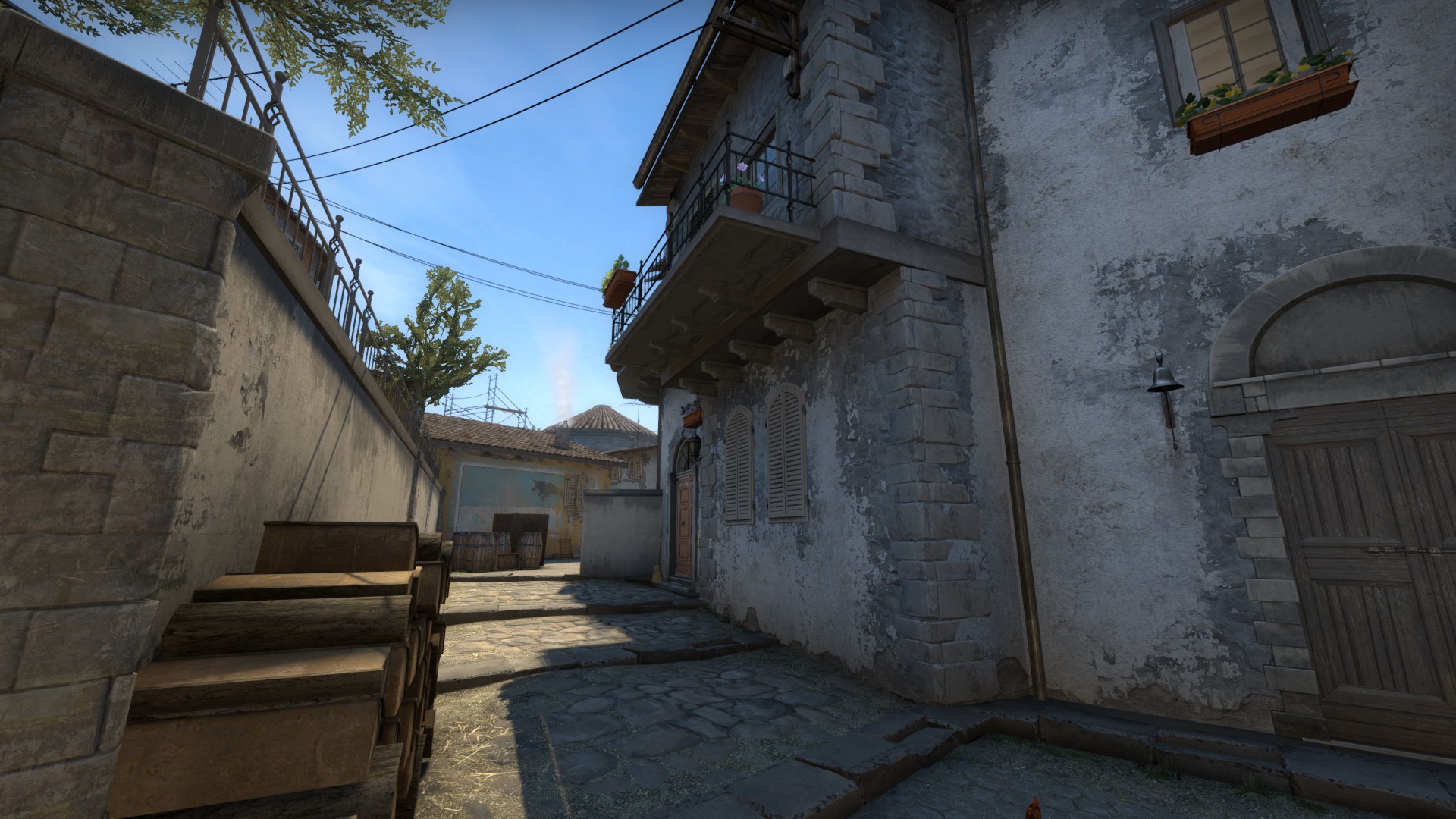 The approach has been opened up quite a bit, allowing attackers to move more freely. However, the more open approach makes grenades much more effective, so Terrorists need to show some caution when attacking.

The old car-position at top of Banana has been replaced with softer cover, wooden barrels that can be penetrated by rifle-fire.

The wall at the top of the street can be boosted over, although an attacker can jump-peek over the wall by himself.

The final stretch leading into the bombsite itself has been widened, along with giving Terrorists some additional cover before committing to the site itself.

The skybox in this area has been tweaked as well, it no longer allows CTs to smoke off B site from other areas of the map.

On the site itself, there have been some changes. The gap between ‘newbox’ and the pillar has been closed off, the position near the entrance to the site is now climbable and visibility in general has been improved. 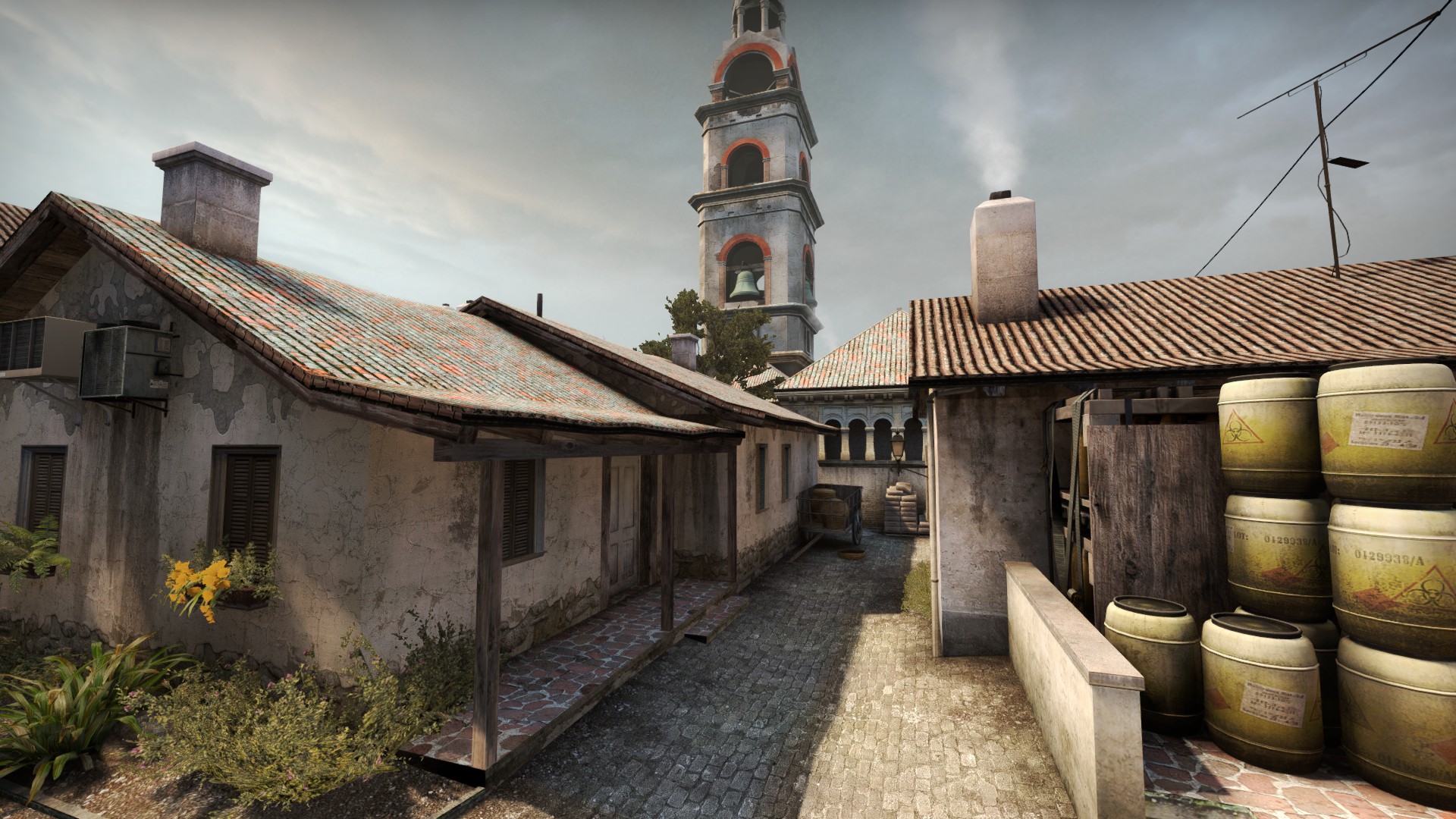 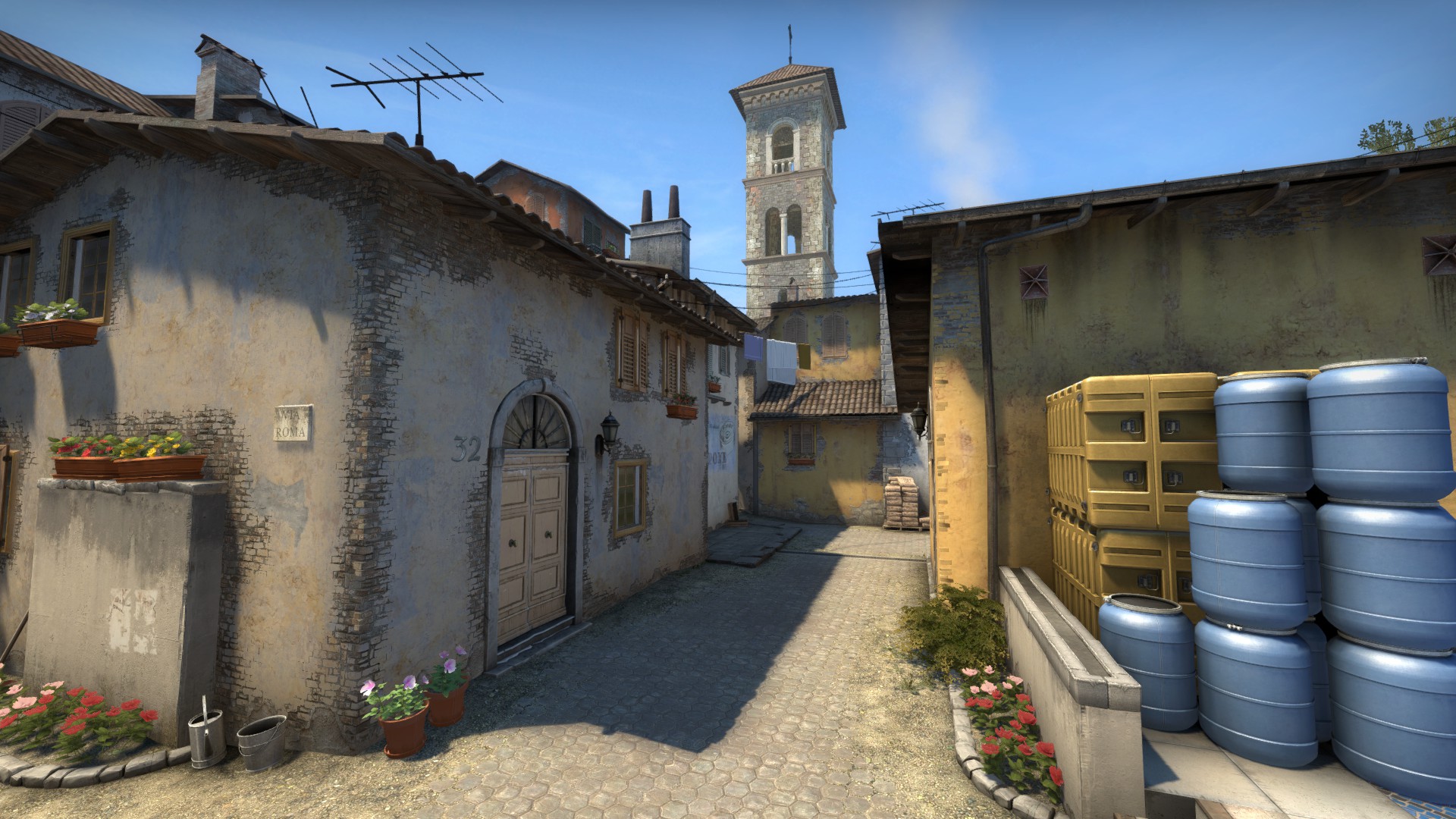 The biggest change in the middle of the map is that the underpass connecting middle and alt-mid is now halfway walkable. You still need to crouch to be able to enter from middle, but about halfway through the tunnel you are able to walk upright. 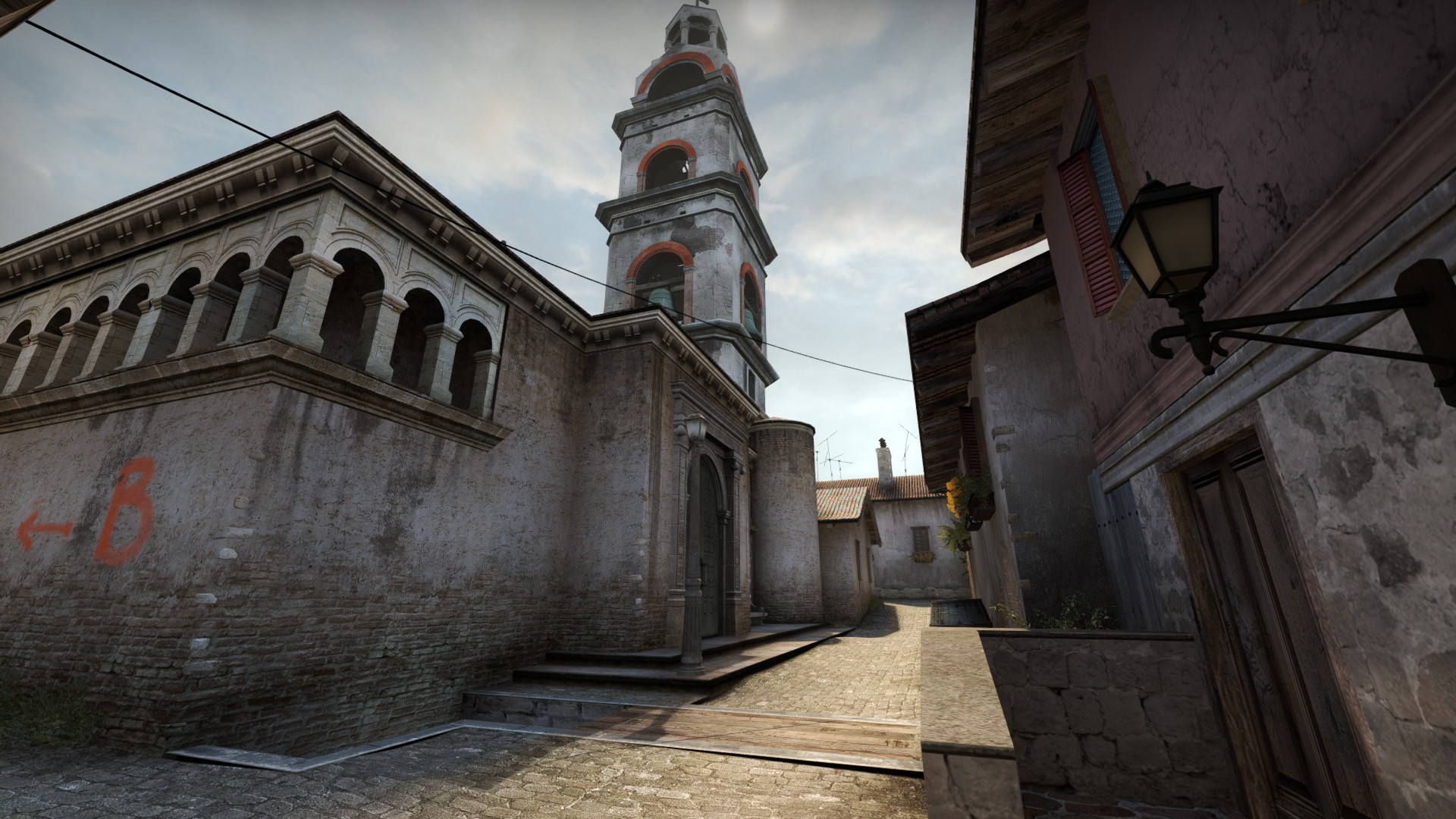 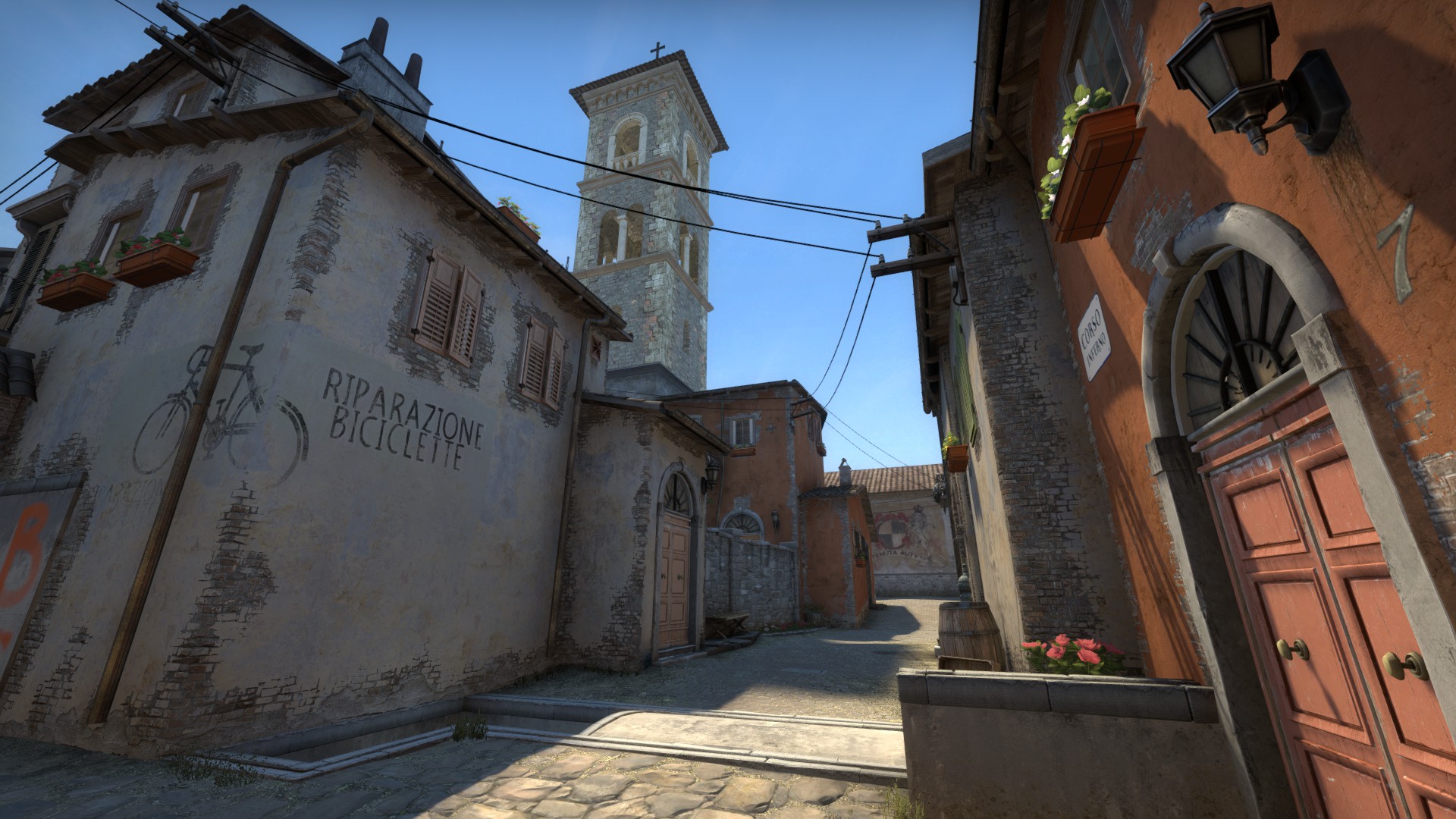 Another minor, but impactful change; the lightpole that has absorbed millions of bullets over the years has been removed, so there is one less object to blame if you miss your shot.

The T Spawn now finally has its second exit opened up, which puts you directly into alt-mid. 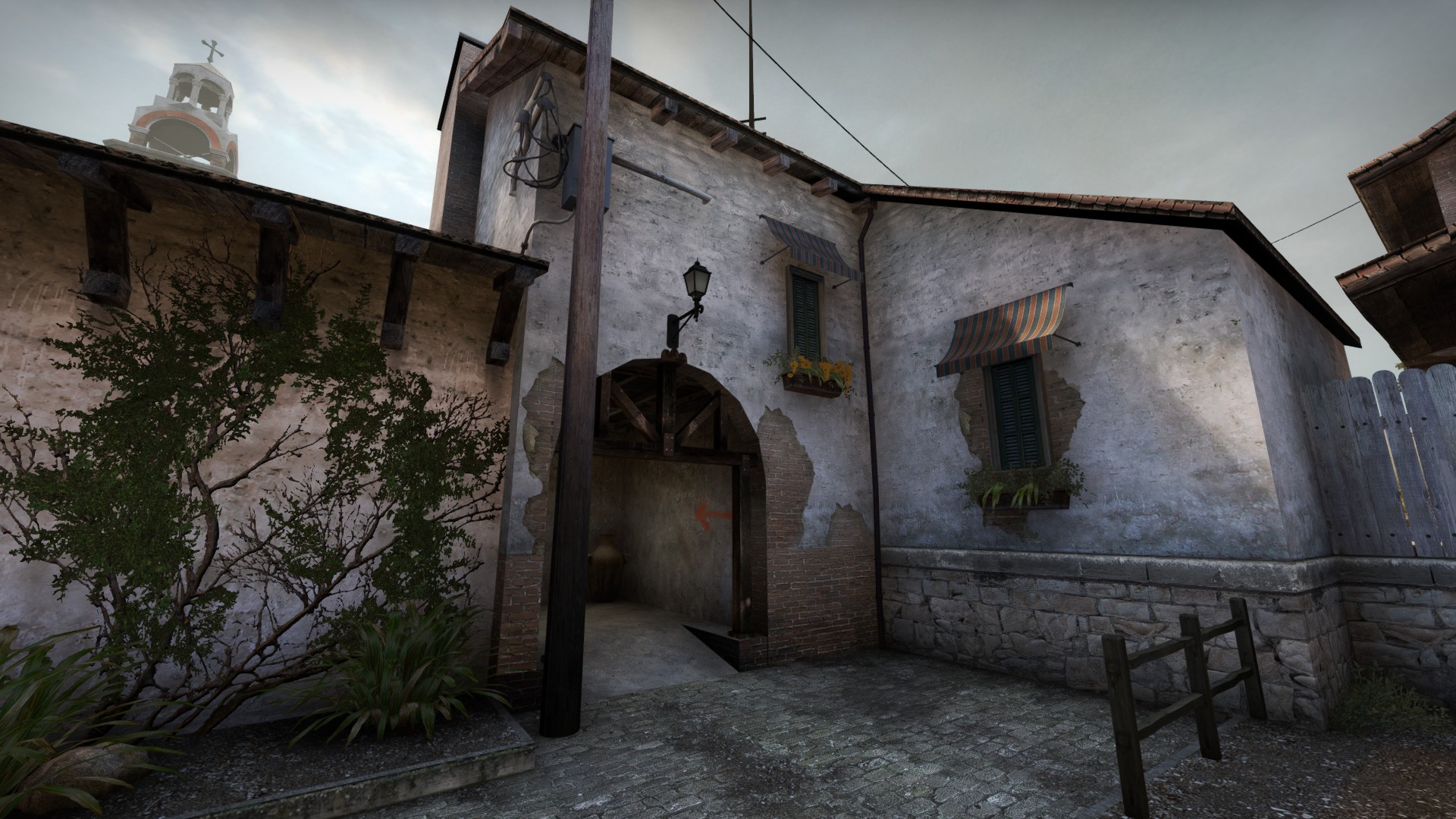 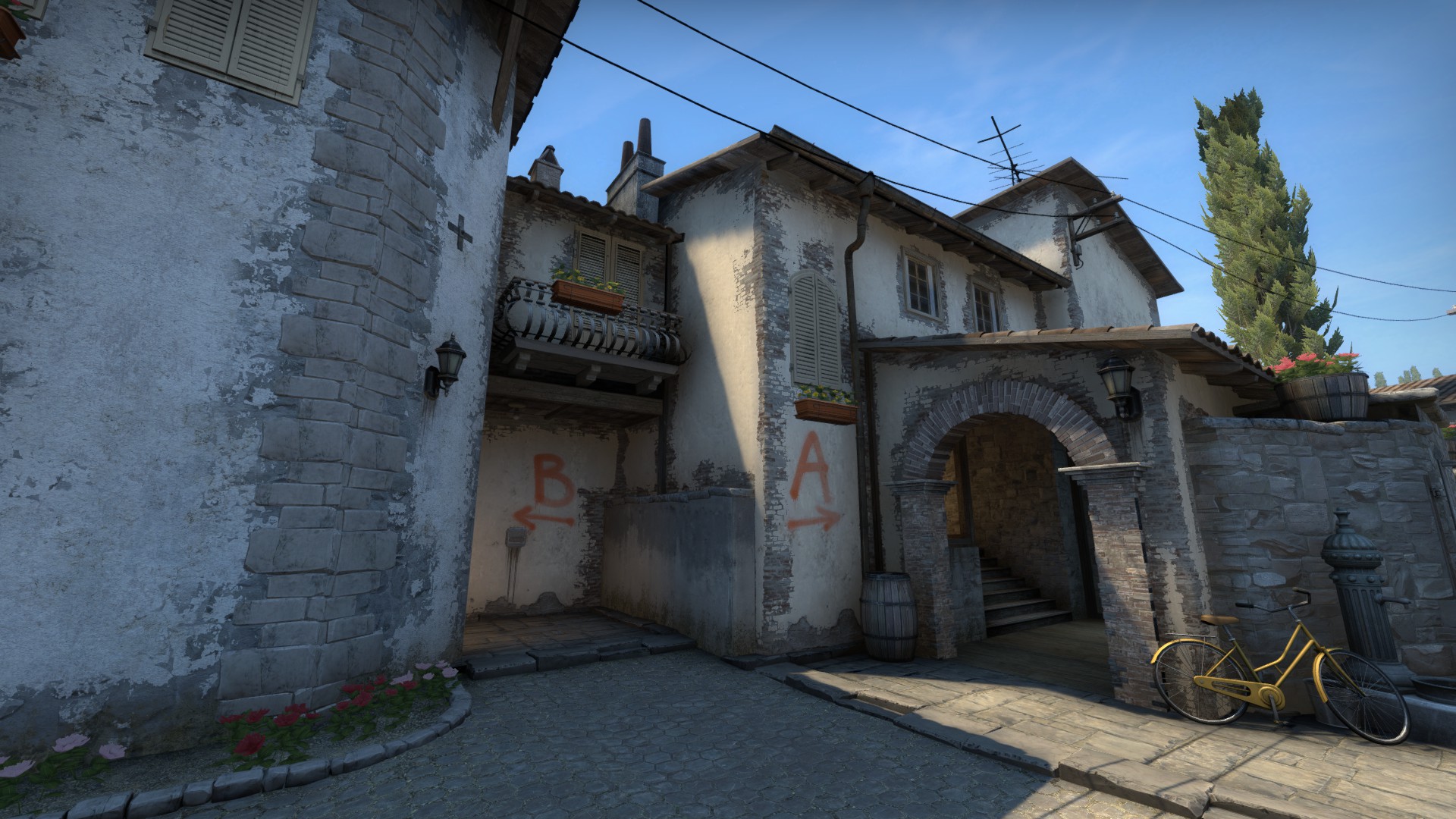 While there have been upgrades and adjustments throughout the map, the core gameplay remains more or less the same. By releasing the new Inferno early as a beta we were able to collect valuable player feedback and made many fixes ahead of this official release. Thank you to those who contributed. We will continue to observe the gameplay and make tweaks and fine-tune the map as we collect more feedback.

Queue up and try out the map, and let us know what you think! We hope you will enjoy this new version of Inferno!